'Tarhana' Soup Gives You A True Taste Of Turkey

This rich, thick, spicy soup is an Anatolian specialty 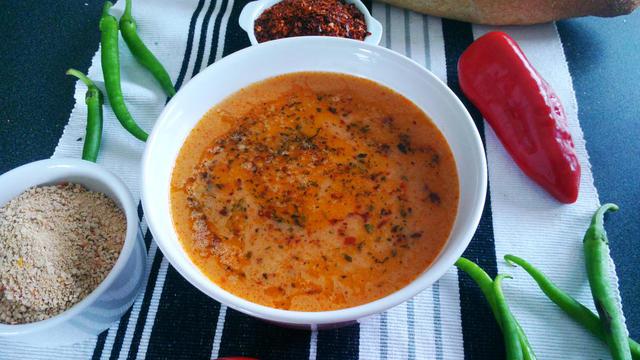 Did you know how important soups are in Turkish cuisine? Soup is eaten for breakfast, lunch and dinner in Turkey.  It also has an important place on religious holiday menus like Ramazan.

The most common soups are made with vegetables, legumes such as lentils, starches like rice or a meat stock base thickened with butter, flour, egg yolk and sometimes plain yogurt.

Though I love all Turkish soups, there is one that has always captured my attention just a little bit more than the others.  It’s called 'tarhana’ soup.

‘Tarhana’ soup is named after its main ingredient called ‘tarhana’  (tar-HAHN’-ah). ‘Tarhana’ is a dry pulse made from plain yogurt and crushed vegetables like red peppers, onions and garlic. The mixture is left out in the hot Anatolian air to dry and ferment.

When it’s completely dry, the clumps of ‘tarhana’ are pounded into a coarse powder by hand.  All it takes is a few spoons of ‘tarhana’ and some other simple ingredients like water, butter, tomato paste and spices to make a thick, spicy bowl of classic ‘tarhana’ soup.

Try this easy recipe for Turkish ‘tarhana’ soup and you’ll see what I’m talking about.