If You’re A Fan Of Ouzo, You’ll Love Turkish ‘Raki’ 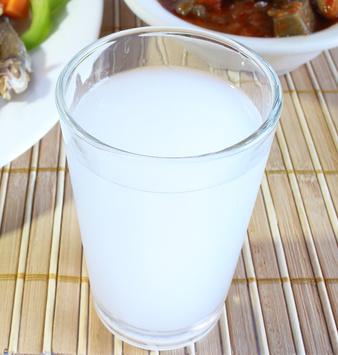 If you’ve travelled anywhere in the eastern Mediterranean like Albania, Greece, Croatia, Turkey or Lebanon, you’ll know what it’s like to sit at a long table that’s lined with small plates of simple but delicious appetizers and small glasses of a strong, milky white, anise-flavored drink.

Drinking and dining in this fashion is common all throughout this region, and no one, in my opinion, does this better than the Turks. One reason is the huge selection of delicious appetizers in Turkish cuisine, and the other is the fine quality of Turkish ‘raki.’

‘Raki’, pronounced rah-KUH,’ is a distilled liquor made from grapes and infused with a strong anise flavor. ‘Raki’ is comparable to Greece's ouzo, Lebanon's arak and other anise liquors from this region. ‘Raki’ has a robust and fruity anise flavor.

When it’s mixed with ice and water, it turns white and milky which has earned it its nickname "lion's milk." ‘Raki’ is considered Turkey’s unofficial drink by its avid fans.

‘Raki’ veterans believe that the drink affects the drinker according to their state of mind at the time. If you’re in a good mood it only takes a glass or two to feel even better, and if you’re under a lot of stress you may need a whole bottle and lots of ‘meze’ to boot.

If you too, love the taste of anise and want to learn more, read this article about Turkish ‘raki’ and all the traditions and lore that surround it. And a warm ‘serefe’ (share-eh-FAY’) to you, which mean “cheers!”