Turkish ‘Boza’ Is An Ancient Drink Packed With Energy And Nutrients 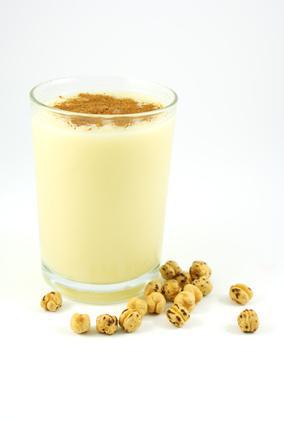 If you’ve ever travelled in the Balkans, Turkey or Central Asia, you’ve probably come across a strange beverage that’s thick, sweet and slightly sour all at the same time. You’ve had what most Turkic peoples call ‘boza’ (bo-ZAH’).

‘Boza’ is an ancient fermented drink made from wheat, millet or corn and sugar that’s been around since the 8th century B.C. It’s popularity grew during the height of the Ottoman empire in the 16th and 17th centuries and it’s still consumed today, much as it was back in those days.

You can find variations of ‘boza’ in Albania, Romania, Bulgaria, Greece, parts of Russia and throughout the central Asian republics, but the best known version is the Turkish version. Turkish ‘boza’ is made with wheat and served with cinnamon and dried chickpeas called ‘leblebi’ (leb-LEH’-bee).

‘Boza’ is high in calories, carbohydrates and nutrients like vitamins A, B and E. A single glass contains between 250 and 300 calories. This makes it a favorite during the winter months. In Turkey, ‘boza’ is recommended to nursing mothers as it’s said to increase the production of breast milk. 'Boza' also believed to help aid digestion.

In Turkey, you can find several brands of ‘boza’ on supermarket shelves. Another, more traditional way to get ‘boza,’ is from noisy street sellers who shout “booooozaaaa” through the streets during the winter months. If you live outside of Turkey, you can try finding ‘boza’ at markets selling eastern European or Turkish foods.